We use cookies on saving.em.keysight.com to improve capabilities and performance, and to help us deliver advertising that is tailored to your interests. Click Agree and Proceed to continue. For details on how Keysight uses cookies, or to make choices about your cookie preferences, click here for more information.

We use cookies on saving.em.keysight.com to improve capabilities and performance, and to help us deliver advertising that is tailored to your interests. Click Agree and Proceed to continue.

When you visit any website, it may store or retrieve information on your browser, mostly in the form of cookies. This information might be about you, your preferences or your device and is mostly used to make the site work as you expect it to. The information does not usually directly identify you, but it can give you a more personalized web experience.

Spectrum analyzers measure a signal’s spectral power density in order to both analyze known signals and identify unknown interference. This makes them indispensable when evaluating a signal’s frequency-domain characteristics not easily observed in time-domain waveforms. More advanced signal analyzers even unite measurements from both domain types in one instrument. 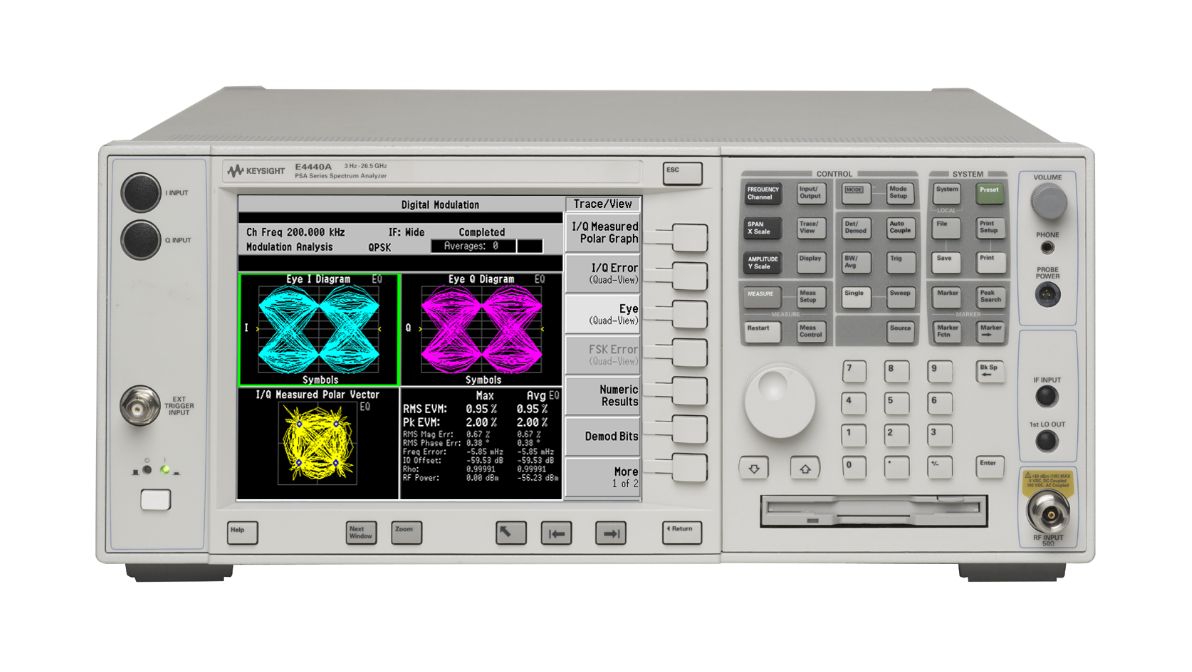 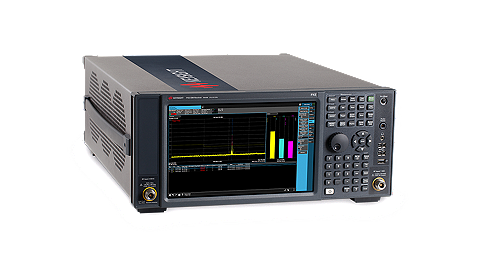 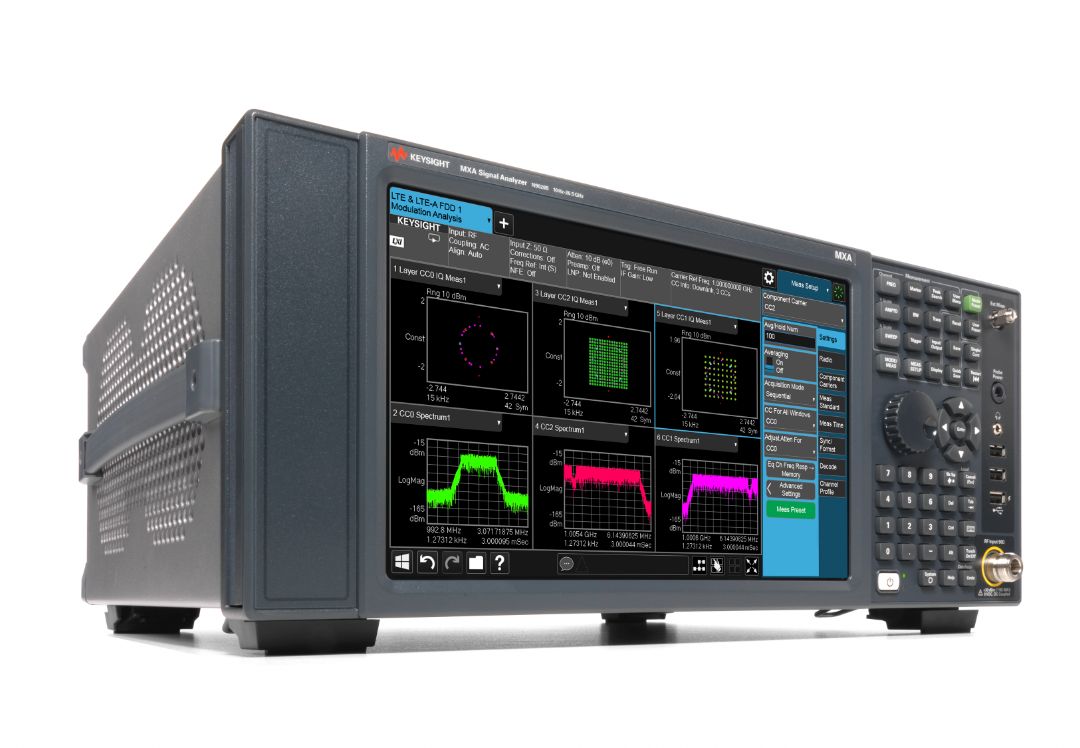 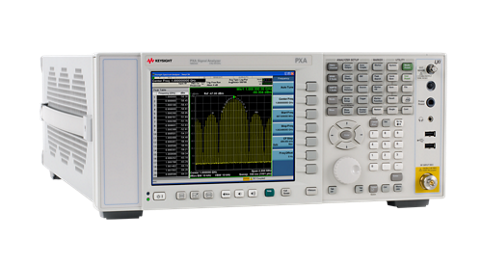 Sorry, there is currently no available

Do you want to be notified if it's back in stock?

A signal analyzer is a device used to test and measure electronic signals. Types of signals can vary, including voltage, current, and radiofrequency. Signal analyzers vary in their capabilities and features, depending on the application. There are many types of signal analyzers, but the most common type is an oscilloscope. Other types include spectrum analyzers, network analyzers, and signal generators.

An oscilloscope is a device used when designing electronic systems that allows a signal to be viewed as a waveform. A spectrum analyzer measures the amplitude and frequency of signals over a specific period of time. A network analyzer analyzes circuits without having access to their design details; this can be helpful when there is a delay between creating a circuit and testing it. A signal generator generates signals which are then used by other devices.

A signal analyzer analyzes signals that have already been generated, whereas a spectrum analyzer is used to discover frequencies or actually generate frequencies itself.

A spectrum analyzer performs real-time spectrum analysis and measures instantaneous power or peak power, voltage, or current, depending on the type of signal being analyzed. It is also often used to monitor electromagnetic interference in circuits and devices.

On the other hand, a signal analyzer can only measure signals that are already present; it cannot be used to discover or analyze frequencies. Its purpose is to help the user identify electronic circuit problems and understand how the circuit is performing.

An oscilloscope is a type of signal analyzer used to measure voltage signals over time. It has various features, including analog and digital functions, advanced triggering capabilities, and connectivity options. It is used to analyze signals from many different sources, such as time-domain signals, frequencies from radiofrequencies, or extremely low-frequency sources.

Read our oscilloscope basics guide to learn more about oscilloscopes and their uses. To see our full range of new and used oscilloscopes, visit our product listing page.

A network analyzer can also perform analysis and detect problems that prevent a signal from reaching its destination. For example, it can detect issues with cabling, connectors, or faulty equipment. It can also help resolve RF spectrum and Wi-Fi issues, such as interference and signal loss.

A signal analyzer is used by engineers to identify problems in electronic circuits and to understand how a circuit is behaving; for example, monitoring electromagnetic interference between multiple signals or devices. This makes it useful for testing and debugging circuits that use radio signals or other powerful sources of potential interference.

An antenna's impedance refers to the way it responds to signals from specific frequencies. If you want to know what sort of wireless signal a device is sending, you should evaluate the antenna's impedance with a spectrum analyzer. The device would help you determine whether or not your antenna is being affected by noise, which can negatively impact performance.

To measure your antenna's impedance, you can attach a spectrum analyzer to the end of the coaxial cable connected to the back of your antenna. The device will then calculate the impedance being transmitted once it goes through your coaxial cable.

Phase noise is a type of signal that often disrupts or interferes with wireless communication. It is a problem for devices that operate in the wireless frequency spectrum. If phase noise is common across specific frequencies, it can drown out other signals.

There are many different types of phase noise, and each one can affect your wireless technology differently. A signal analyzer measures the phase noise across different frequencies. The device will help you to determine whether your intended wireless communication needs some sort of interference protection.

To measure your device's phase noise with a signal analyzer, you can attach the device to the input of your receiver. This will allow the signal analyzer to calculate how much phase noise is being sent through your wireless communication devices.

If the return loss is too high, it could indicate power-management issues within your system. A signal analyzer can help you determine whether the return loss is too high, and help you find any hardware issues needing to be resolved. The device can notify you when your power-management settings fall below requirements for successful wireless communication.

To test a device’s return loss with a signal analyzer, plug the spectrum analyzer into the end of a coaxial cable connected to your intended transmitter. The device will determine how much signal is lost after it goes through the cable and exits to reach its intended recipient.